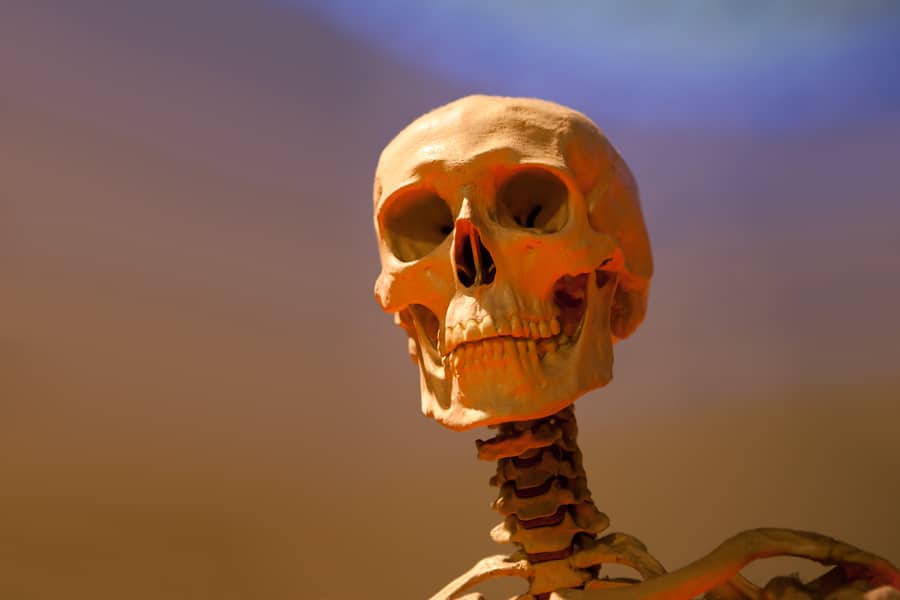 Harmonious facial alignment is a tricky subject. With so many variables to account for, there are, as you might expect, just as many methods. Traditionally, orthodontics has been primarily concerned with misaligned teeth. By altering the jaw and teeth through braces and other dental appliance, orthodontists try to create symmetry in the face. Sometimes, however, this is simply not enough.

Alternatively, some orthodontists have taken a more holistic approach. In fact, the growth of your skull and face is just as influenced by swallowing, breathing, resting oral position, and posture as it is by teeth alignment. Because the face is a cohesive system with many parts, focusing on teeth alignment is not enough for a proper diagnosis.

This is where orthotropics comes in: orthotropics is a kind of “face growth guidance.” It is all about correcting facial asymmetry and recessed growth through corrections to oral posture.

Originally trained orthodontists, orthotropic specialists focus beyond teeth to include the maxilla and mandible (the upper and lower jaw). By training patients to adopt a proper oral posture, the entire midface can be made to come forward.

Orthotropics is represented by a growing body of scholars called the International Association of Facial Growth Guidance (IAFGG). Specialists claim they are rethinking the way we look at crooked teeth: rather than viewing it as a cosmetic problem, orthotropics realizes that crooked teeth generally comes from a problem of posture. For example, improper tongue posture has been linked to “teeth crowding” due to smaller teeth. This is underscored by the simple fact that pre-modern man seldom seemed to have crooked teeth which should make us wonder: is there something about our modern life which may be causing this?

Orthotropic specialists claim that orthodontics does not get to the root of the problem. Not only are appliances costly, but they need to be applied consistently. Oftentimes, those of us with retainers are expected to wear a retainer all our lives to “maintain” our smile. However, can orthodontists account for a recessed chin, a weak profile, an overbite or an underbite without holistically looking at the face? Orthotropic specialists say, no. As you might imagine, this has led to some contentious disagreements between orthodontists and orthotropics.

Why a Holistic Approach Is Necessary

Orthotropics is all about treating the face rather just the teeth. Rather than seeing teeth in isolation, the teeth are considered along with the head and neck. This means that crooked teeth can be viewed in conjunction with swallowing, breathing, body posture, jaw joint issues, and other problems.

By taking this approach, orthotropics wipes the slate clean and starts by asking fundamental questions so we can reaffirm our existing assumptions about dentistry with evidence.

There are a few reasons why a holistic approach is necessary for orthodontics.

No Need for Surgery

An overbite or underbite can be distressing. Not only ruining one’s profile, but an extended mandible or maxilla can lead to breathing or swallowing problems down the line. By practicing a proper tongue posture (commonly called ‘mewing’), jaw surgery can be avoided. Best of all, the results are natural.

Improper oral posture can come about from a variety of reasons. Over-breastfeeding, diet, allergies, tongue tie, and sleep posture can all be to blame. These structural abnormalities affect the entire face which is why they must be treated holistically.

Orthotropics specifically looks at swallowing and breathing, and any obstructions, to assess facial growth. In doing so, orthotropics has demonstrated significant success is curing sleep apnea when present in children.

We Now Know Our Skulls As Malleable

There seems to be this persistent misconception that bones can never be altered. Yet, it is clear that our bone structure changes over time. Dr. Mike Mew, who is one of the leader spokespeople of orthotropics, has given this example to illustrate the malleability of our bones well into adulthood:

The late Dr. Stephen Hawking, who has lost all motor function, has seen his facial bone structure rapidly deteriorate as his muscles further and further break down. The lack of movement in the face has caused a deeply recessed bone structure. The skull’s bones have been morphing well into his adulthood due to his debilitating illness.

Dr. Mew brings up this specific case as an obvious example of the skull changing due to the lack of muscle movement in the face. This is because our skulls are made up of sutures which bend and can change over time. Orthotropics takes into consideration skull development when proposing treatment options which is what sets it apart from orthodontics.

It’s no secret that our faces change drastically from the time we’re kids to adulthood. Why then would it not be possible to assess this growth over time and establish treatment options based on it? Orthodontics generally considers crooked teeth and dental deformities to be inherited. Yet, orthotropics is trying an altogether different approach by considering these facial changes to developments in childhood.

One of the strongest arguments in favor of orthotropics is that the results are lifelong. This is simply because once proper oral posture is learned, it is retained for life like muscle memory. This is an aspect which can never be replicated by orthodontics since it relies on appliances.

There are various methodologies which orthotropic specialists use to better their patients.

All orthotropic practice begins with a basic premise that oral posture is key to healthy facial symmetry and development. By adopting this basic proper posture, your mandible and maxilla will be better aligned. Naturally, this also rests on having correct tongue posture.

The focus on behavior has caused some to brand orthotropics as a form of behavioral therapy. However, orthotropic specialists also use various dental appliances to also achieve these same ends when the patient cannot maintain proper oral posture themselves.

One such tool is a biobloc. A biobloc is an appliance to help adjust mouth posture; oftentimes, these devices help the lower jaw to fit into the upper jaw correctly. Unlike orthodontic appliances however, bioblocs work by making the patient’s muscles hold the jaw into position. There is no “pulling back” force as is present with dental headgear.

Another such tool is a tongue elevator. This appliance raises the tongue to the roof of the mouth to train the mind into adopting this correct tongue posture. The tongue elevator was used to great effect in a patient as old as 19 and produced beneficial effects even 10 years later. We document this study in our mega-article on proper tongue posture.

The Evidence for Orthotropics

One of the most commonly-cited pieces of evidence in favor of orthotropic treatment is a study of two twins who underwent different treatment options.

Both identical twins had a significant overbite, however one followed a traditional orthodontic treatment whereas the other followed a myofunctional treatment option which incorporated orthotropic principles. The end result is that the twin who had undergone orthodontic treatment recessed significantly and had to continue to wear retainers. The other twin, meanwhile, saw his maxilla and incisors move forward. The end result was a balanced bite without relapse, extractions, or surgery.

You can view a video on the topic below.

The Orthotropics Association also has a large collection of case studies they have conducted on their own with detailed photos. You can view that collection here.

What Is the Best Age to Do Orthotropic Treatment?

Because facial growth changes most dramatically during puberty, it is suggested that one begin orthotropic treatment around the age of 9. This has been found to have the best chance of producing long-term results which are noticeable.

However, orthotropic treatment is suitable for every age. However, the results will vary in adulthood. Teenagers can still expect to see results. For those of you interested in adopting a proper tongue posture, I suggest you read our article on what age to start mewing.

One shouldn’t view orthodontics as opposed to orthotropics. Quite the contrary, many orthotropic specialists are orthodontists by education. Braces and retainers can still be necessary sometimes. However, orthotropics is merely teaching us that a holistic approach is necessary to treating the face. By isolating teeth, we miss the bigger picture.

There has been a tendency, though, to pit orthodontists against orthotropics. This, arguably, results in a net loss for patient health. Rather than arguing for one side or the other, orthotropics and orthodontics should be seen as complementary to one another. When possible, dental appliances should be avoided when the correction can be made through orthotropic treatment. Similarly, orthotropic specialists should be honest with patients if they are too old for treatment or require significant dental restructuring with an appliance.

As of now, orthotropic treatment is still on the rise but poorly studied. Despite there being numerous case studies, the practice is still a small part of orthodontistry. However, given the growing number of believers in the method, coupled with its proven results, we can expect orthotropics to grow as a discipline in the coming years.

CHISELL is a new jawline exerciser that's quickly growing in popularity. With a sleek design and thousands of satisfied customers, you might be tempted to give the product a try... but does it...

Continue Reading
link to What Is Mewing? (Does It Work and Benefits)

Mewing is the latest self-improvement craze. In this article, I'll walk you through everything there is to know about mewing, including what it is, what benefits it has, and whether or not it...

I've been researching all things mewing since late 2017. The purpose of this website is to share all of my findings in one place!